GBP/USD trading - How to trade the Pound

The British pound is one of the world’s most traded currencies. As such, many prospective online traders, as well as experienced traders, are interested in trading currency pairs that include the pound. Our latest guide will provide you with an overview of how to trade GBP/USD.

The British pound and the US dollar are two of the most powerful currencies in the world and as a pair are extremely liquid within the forex market. Furthermore, with an ever-changing political and socio-economic landscape in the US coupled with the UK’s withdrawal from the EU, it’s a good time to learn how best to trade GBP/USD.

Interestingly, it was only after 1970 that the modern concept of the GBP/USD exchange rate came to fore. Prior to this, both currencies were tied to the value of gold. The gold standard presided over the forex rate of the pound sterling as well as a range of other currencies of Ally countries. With the adoption of floating exchange rates, the relationship of the GBP/USD currency pair became far more varied.

In the 1980s, the GBP/USD exchange rate reached historical levels of volatility. This can be attributed to separate events that affected the exchange rates of each country’s currency to a large degree. Over the following 30 years, there have been a number of events that have played a big role in the GBP/USD rate. Understanding the factors that affect the currencies of both countries as well as getting to know how to trade GBP/USD is the next step in our latest guide.

If you are familiar with forex pairs and changes in exchange rates, you’ll know that there are a number of different factors that affect the price of a currency. Understanding and staying abreast of current developments will allow you to better predict in which direction said currency might move. When you wish to trade GBP/USD, it’s paramount that you stay informed with internal issues and changes to various economic policies. Below, we’re going to quickly run through several major determinants that you should always consider before speculating on the price movement of the GBP/USD forex pair.

Political instability in a country will have a major effect on investor confidence. For the most part, instability within the political landscape of a country will lead to a more subdued investor outlook. A less optimistic outlook means investors are less likely to invest capital. This leads to a depreciation of the local currency. If renewed political stability arises, investor sentiment will improve and this may well lead to an appreciation of the currency in question.

GDP is a major indicator of economic health within a country. As such, many traders keep an eye out for data reports on the latest GDP numbers. This will play a big role during trading sessions and certainly change the price of a currency. Strong and sustained economic growth will mean that a country will attract a larger percentage of investors. This leads to a higher demand of the local currency and a subsequent appreciation of the price there-of. It’s important to understand the currency economic situation of a country so as to judge what might happen to the price of the currency.

How to trade GBP/USD

When it comes to finding out how to trade GBP/USD, it’s important to establish a few points first. You’ll find that you can trade forex contracts or contracts for difference (CFD) for a particular currency pair. For the purposes of our guide and services on offer on our platform, we’re going to focus on the latter – forex CFDS. More specifically, CFDs for GBP/USD. This means that you won’t buy or sell the underlying asset. As an online trader trading forex CFDs, you’ll be speculating on the price movements of the currency. In this instance, one party agrees to pay the other the difference in the price between the start of the contract and the end of the contract. Therefore, you’ll be focusing on whether the price of the British pound appreciates or depreciates.

At nextmarkets, we provide you with a seamless online trading platform that allows you to trade GBP/USD. Our registration process is effortless and you’ll have the option of using our innovative trading app to trade forex. Keep in mind that you’ll be trading forex CFDs. As such, you’ll be speculating on the price movements of the forex pairs – such as what the price of the British pound against the US dollar might do. Be sure to use the best forex broker when you trade GBP/USD.

Take advantage of the lowest spreads

When you trade a currency pair, it’s important to do so when you are able to take advantage of low spreads. A spread represents two prices; the buying price and the selling price. The difference between the two, known as the spread, is a charge you’ll need to pay for the services offered by an intermediary. In order to make the most of trading forex online, we urge you to do so using a broker such as nextmarkets. Here, you’ll be able to capitalise on very low spreads which enable you to increase your profits.

Top tips when you trade GBP/USD

Below, we’ve outlined a number of tips that will help you when you trade GBP/USD. There are always dozens of different pointers that can be taken under consideration. However, we recommend that you focus on a few at a time. This will give you better insight into how to trade GBP/USD and enable you to start from a point of confidence.

When you trade GBP/USD, you must keep track of the trading hours. You don’t want to end up in a session, such as the Asian session, which is predominantly a quiet trading session. The best time to trade is when the volume of trades are high – or at an optimal level. There are two different times when trading of GBP/USD is at an optimal level. The first being between 3am – 4am Eastern Daylight Time. The second is at the intersection of the US and European markets. At these two times, you’ll find that there are a massive amount of trades taking place. It gives you the best chance to capitalise on a fast-moving market with low spreads.

It’s important to apply a type of analysis when you trade. When it comes to trading GBP/USD, you’ll find that technical analysis is a favourite amongst traders. This pair responds really well to key indicators used in technical analysis. As such, you’ll also need to understand what technical analysis entails. In short, you will need to apply different indicators which will give you an idea of current trends. Once you are able to identify these underlying trends, you’ll find it a lot easier to pinpoint your entry and exit points. It’s pertinent that you identify the exact point where you should enter a trade and when it’s best to exit one. This will give you the best possible chance of knowing precisely when to buy or sell and apply stop-loss orders. Ultimately, giving you the power to take a profit at its peak. 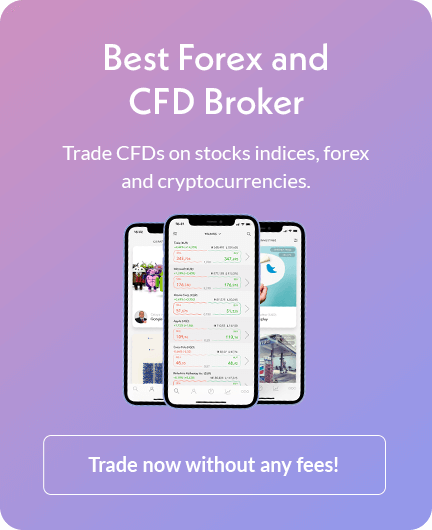 Find a forex broker for you

Now that you have a better idea of how to trade GBP/USD, it is important that you find an online broker that allows you to do so. Keep in mind that there are a wide selection of brokers that will enable you to trade GBP/USD. Finding the right broker for you should not be taken lightly. As such, we’re going to walk you through several facets that you need to weigh up before signing up and trading.

First off, it’s important that you find a platform that provides competitive spreads when trading GBP/USD, as well as other forex pairs. You’ll find that certain brokers will even provide commission-free trading. Competitive spreads coupled with low fees is a great starting point for any online trading platform. Secondly, it’s important to find a broker that allows you to tap into deep liquidity. You’ll be looking to access forex markets and trade GBP/USD where there’s a lot of activity and the ability to engage in trades without delay. Fast execution and (almost) instant order fills is also important.

You now have a much better idea of how to trade GBP/USD. It is important to remember that trading forex online with us will require you to speculate in the price movements of the underlying asset – in this case the British pound relative to the US dollar. You must take into account all of the possible factors that play a role in changing the price of the currencies in question. Remember to track the latest economic data coming out of the UK and US while also keeping tabs on any political headwinds or external determinants such as natural disasters. There are a fair share of particulars to account for. Once you are able to assess these, you can move on to trading CFDs focused on the GBP/USD forex pair. Make sure that you apply a strong strategy and use all the technical indicators at your disposal.

Use our latest guide to trade USD/JPY or head on over to our trading platform and sign up. You’ll be able to access a wide range of instruments and this will enable you to make the most of your trading experience!

❓How do I trade GBP/USD

👀Where do I find the best strategy to trade GBP/USD?

There are a number of online sites that offer advice and outline the best strategy to trade GBP/USD. However, not all of these sites take the necessary time and effort to provide you with a guide that is comprehensive, yet easy to understand. This is why we have tasked our experts with covering all the important info which is relatable. Take a look at our forex trading for beginners guide to get started. Otherwise, find out how to trade GBP/USD right here.

💸Can I make money trading GBP/USD?

When it comes to online trading in general, it’s definitely possible to make money. However, being able to consistently make money off trades is only possible when you apply a strong strategy and understand the intricacies behind whichever asset class you find yourself trading in. As such, we urge you to take the time to find out how best to trade GBP/USD before you jump right in.

💡What other forex pairs are popular?

There are a number of popular forex pairs that are traded on a wide scale. Keep in mind that the foreign exchange market is one of the most active markets in the world and by far the biggest financial market. Therefore, there are a number of extremely liquid currency pairs that traders and investors target. Find out more about how you can trade EUR/USD if you are looking for the most liquid pair of them all. Otherwise, read our guide on how to trade GBP/USD for more.

⚡Which platform is best to trade GBP/USD?

There are dozens of online platforms that allow you to trade the currency pair GBP/USD. However, this doesn’t mean that they are all great platforms to use. You’ll be looking for a responsive and well-designed trading platform that offers tight spreads and good analytical trading tools. Be sure to use the trading platform that caters to all your trading needs. If you want to make use of a platform that will ensure all of this, consider using nextmarkets.