Jeff Bezos is firmly established as the world’s richest man after founding Amazon and turning it into an eCommerce powerhouse. Many investors now want a piece of action, making Amazon one of the hottest stocks on the market.

This guide delves into the company’s background, highlights its historical share price performance and discusses Amazon’s future prospects. It will explain how to buy Amazon shares UK, and how to trade Amazon shares in a bid to profit from increases and decreases in their value.

Amazon is a Seattle-based company that specialises in e-commerce, cloud computing, digital streaming and artificial intelligence. It is considered one of the “big five” U.S. tech companies, along with Alphabet (Google), Apple, Microsoft and Facebook.

Bezos founded Amazon out of his garage in July 1994. It initially focused on selling books, as Bezos realised that would allow the company to pull in a wealth of data on affluent consumers. It soon started to branch out into selling video games, consumer electronics, home improvement items, software, board games, and toys.

The company went public in May 1997 and continued to expand its range of products. In 1999, Time named Bezos its Person of the Year for his efforts in popularising online shopping. The firm launched Amazon Web Services in 2002, which would evolve into its highly lucrative cloud computing arm following the 2006 acquisition of Elastic Compute Cloud.

Amazon finally turned a profit for the first time in Q4 2001, earning $0.01 per share on revenues of more than $1 billion. It took another huge step forward by launching Amazon Marketplace, which allows third-party merchants to sell to Amazon customers. This now accounts for more than half of all sales on Amazon.

The company has expanded rapidly in recent years, snapping up Whole Foods, Twitch, Ring, Pill Pack and Zappos.com along the way. It is building a second HQ in Virginia at a cost of $2.5 billion, and it continues to invest heavily in AI and cloud capacity while building its own delivery service. It reported revenue of $386 billion in 2020, and net income of $21.3 billion, and it has around 800,000 employees spread across the globe. In 2021, Bezos announced he would step down as chief executive and transition to executive chair, with Andy Jassy taking over as chief executive. 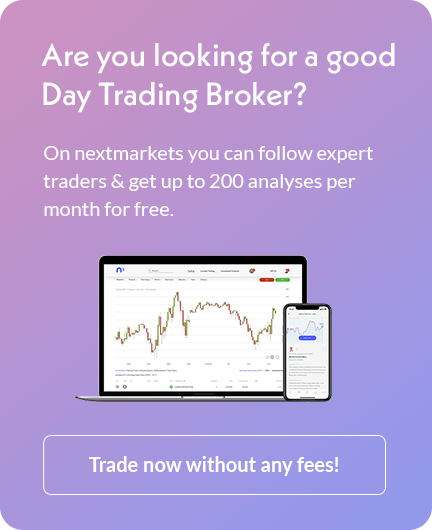 Amazon made its debut on the NASDAQ under the stock exchange symbol AMZN following its IPO in May 1997. It was initially priced at $18 per share, but it had surged to $105 by 1999 amid a frenzy of investing in the nascent tech sector, with three share splits taking place between 1998 and 1999. The tech bubble then burst, and Amazon’s share price had decreased to just $5.51 by October 2001.

How to buy Amazon shares

One way to buy Amazon shares is to register with a broker and place an order. However, it costs roughly £2,500 to buy a single Amazon share, and that is beyond the means of many Brits seeking to buy Amazon shares UK. Some sites sell fractional shares, allowing you to slowly build up your position over a period of time, but that can prove expensive, as you end up racking up lots of purchase fees. Many people, therefore, turn to trading Amazon CFDs as a convenient alternative.

A CFD (contract for difference) is a financial derivative that allows you to speculate on an asset rising or falling in value without taking ownership of the underlying asset. You can use CFDs to trade shares, funds, cryptocurrencies and more.

You start by taking a position on whether Amazon shares will rise or fall in price. If you believe its price will increase, you can go long on Amazon, which means you are buying contracts on it. If you think Amazon’s value will decrease, you can go short, acting as the seller in a CFD.

By taking out a CFD, the buyer agrees to pay the seller the difference between Amazon’s price at the start of the contract and Amazon’s price at the end of the contract. The more the price moves in your favour, the higher the profit you make. However, you will incur losses if the price moves against you, so you have to be careful and conduct thorough research before trading.

When you have registered for a free stock trading UK account with the best stock broker UK , you can visit the “Markets” page, head to the shares section and click on Amazon. You will see a chart detailing its recent performance, and you can either click “Go Short” or “Go Long”. The small difference between the selling price and the buy price is known as the spread, which is a universal feature at CFD trading sites.

Decide if you want to go short (sell) or go long (buy), choose the number of contracts you wish to buy and confirm the trade. You can close it when you are satisfied with its current position. If the price has moved in your favour, the difference will be credited to your account.

There are several benefits to trading Amazon CFDs:

Traders often use fundamental analysis, technical analysis or a combination of both in a bid to predict how Amazon stock will fare in the short term. Fundamental analysis can focus upon classic metrics such as the price to earnings ratio, price to book value and interest rates. You are essentially trying to work out if a stock is overvalued or undervalued.

You might be more inclined to focus on specific events that could cause the price to rise or fall on a particular day. For example, it might be set to unveil its latest quarterly reports, it might be launching a new service or there could be a vote on whether workers should form a union. The outcome of these events will have a direct bearing on the stock. You can also consider the wider economic and market situation and whether or not it favours Amazon.

Technical analysis focuses more heavily on volumes traded, the put-call ratio and so on. It seeks to identify historical trends that can provide an indication as to how the stock will perform in future. Analysts are ultimately trying to figure out whether a trend will continue or reverse, and when it might reverse. Before you buy Amazon shares UK, it might be worth conducting a combination of fundamental and technical analysis.

“When somebody congratulates Amazon on a good quarter, I say thank you, but what I’m thinking to myself is those quarterly results were actually pretty much fully baked about three years ago,” said Bezos in one famous interview. His executive team is already working on what will happen several years into the future.

The company is investing in cashier-free stores, food delivery services, biometric payments, AI-powered home robots, innovative healthcare, self-driving cars and much more, while continuing to establish itself as a leading light within the cloud computing space. It is likely to continue prospering long into the future, but its share price will not go up in a straight line, and anyone trading Amazon CFDs will be focused on the short-term ebbs and flows caused by general sentiment, market conditions and specific events.

Buy Amazon shares in the UK

Now you know how to buy Amazon shares UK, you might consider learning how to buy Tesla shares UK or how to buy Apple shares UK. CFDs provide a really exciting way to speculate on the future price of a share like Amazon, Tesla or Apple, and you can benefit from things like leverage and take profit orders. However, you should always conduct extensive research before opening a position and have a plan for when you might consider closing your trade.

💰 Can I buy Amazon shares in the UK?

UK investors can buy Amazon shares by registering with a broker that provides access to the NASDAQ exchange. However, the share price of Amazon has soared in recent years and buying just one share can prove to be very expensive, so many people prefer to buy Amazon CFDs instead. You can learn more about how to buy and sell Amazon CFDs by reading our in-depth guide./faq-item]

Amazon does not currently pay a dividend and it has never done so. That means the only way to profit from buying Amazon shares is to hold them in the hope the price will appreciate. For that reason, many people turn to buying and selling Amazon CFDs instead.

❓ How do I buy Amazon shares?

You can sign up for an account with Nextmarkets by following a few simple steps, and you are then able to buy and sell Amazon CFDs. This allows you to speculate on Amazon’s future price without needing to buy a whole share in the company.